Keats often seems undeveloped. There are pockets of habitation, including Eastbourne, Melody Point and around Keats Camp, but a lot of it is empty. We have trails that traverse much of the rest of the Island, but many of those trails are on private land. Here is an overview of the land and trails on Keats.

Eastbourne is comprised of 220 small, privately owned lots and most have a cottage or house on them. There are about 30 – 40 full time residents in Eastbourne and that number is growing. In the summer months there could easily be 300 – 400 people in Eastbourne, especially on a long weekend. Eastbourne has a community water system, firefighting equipment and a dock. The community has a number of beaches, some of which are designated parkland such as West Beach. There are no services in any of the parks and the community maintains stairs and paths to the various beaches.

To the north and west of Eastbourne are a number of 10 acre parcels that are all privately owned. Most have residences on them, although some are used as woodlots or are unoccupied. They surround the 33 acre park. Six are waterfront properties – 3 on the north end and 3 on the south end (adjacent to Andy’s Beach). Private wells provide water to these properties.

There are approximately 25 lots on the north of the Island between Barnabas Camp and Cotton Point. They all have narrow water front and can be accessed by water or on foot. These properties are not connected to the Hydro grid.

A number of cabins surround Melody Point between Barnabas and Plumper Cove Provincial Park. They are mainly water access, although the Barnabas Road does link up to some of them. They have a self-managed water system and common uphill property. 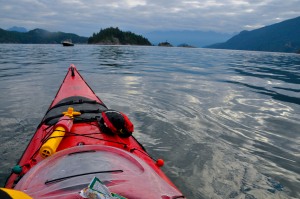 This provincial park is accessible only by water or by foot. The park has numerous mooring buoys and anchoring spots and is a popular weekend anchorage during boating season. There are a number of camp spots for hikers, kayakers or others dropped off by boat. There are hiking trails, outhouses and a few pumps for fresh water. (http://www.env.gov.bc.ca/bcparks/explore/parkpgs/plumper/)

A Christian family camp emphasizing family summer retreats and adult retreats in off season. It encompasses a farm and a number of new and older camp buildings. In the summer the camp has the only “store” on the Island, open most of the week and serving ice cream and other treats, which is very popular on a hot summer’s day. (http://www.barnabasfm.org/)

This summer camp, run by the Baptist Convention, is the largest on the Islands Trust islands; accommodating as many as 450 people on busy weekends. The Baptist Convention owns all the land that encompasses the camp, as well as all the land where the Keats leaseholders have cottages and all the land out to Salmon Rock. Effectively, the whole south/west part of the Island is their property. They have many services including sewage, water, roads and access to the Keats Landing dock. (http://www.keatscamps.com/) 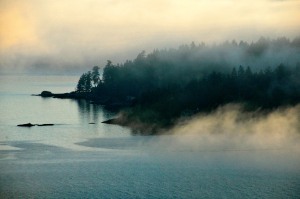 There are 100 plus cabins surrounding Keats Camps to the north, to the south and on the west near the Camps’ water centre (Hard to Come By Cove). These cabins are all subject to leasehold agreements with the Baptist Convention. There is a plan that has been in the works for a number of years to subdivide and sell these properties privately. If that occurred, Keats Landing would have the second largest concentration of landowners after Eastbourne. Keats Landing has an active Leaseholders Association, firefighting, docks, trails and some roads. They are tied into the camp for some services.

The remainder of the Island (approximately 300 Acres in the center) is owned by the Corkum family. It is held primarily as a wood lot and there is one residence on one of the three large properties. Some of the property is shared with Barnabas, but most of it is intact forest with some selective logging and some gravel extraction. The land includes some of the most stunning parts of the Island, including Wandering Trail, Pebble Beach, Bridgeman’s Bluff and the trail to Highest Peak.

Part of the challenge for future conservation on Keats Island will be appropriate planning for this property in the future. Access to special Keats places that are on this land is a big priority for the KICG.